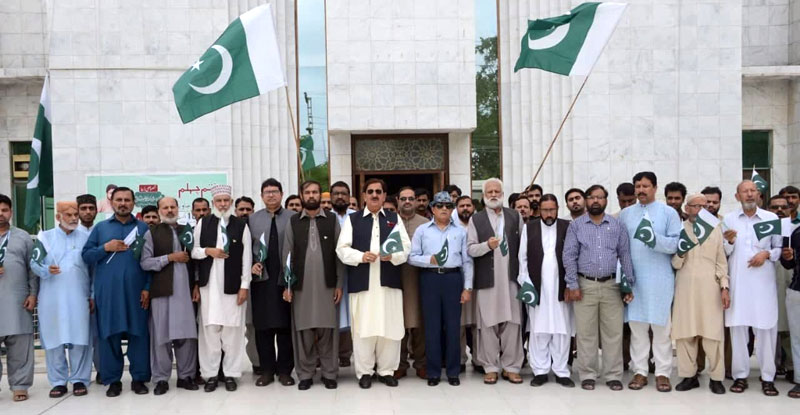 The flag hoisting ceremony was held at the central secretariat which was attended by Khurram Nawaz Gandapur, Brig. (r ) Iqbal Ahmad Khan, Syed Altaf Hussain Shah, Noorullah Siddiqui, Jawad Hamid, Engr. Rafique Najam, Sohail Ahmad Raza, Hafiz Ghulam Farid, and the senior officeholders. The national anthem was sung and a special Dua was made for the peace and progress of the country.

Speaking on the occasion, Khurram Nawaz Gandapur said that it is the collective demand of the people of Pakistan that the ongoing human rights violations in held Kashmir are stopped forthwith. He said that the international community is morally under obligation to honour the commitments they made with Kashmiris. He said that the right to self-determination is universally accepted. He said that India did not even allow Kashmiris to offer Eid prayers. He said that usurpation of the religious freedoms is the violation of the UN charter.