Choice before us by Mohammad Zubair Khan 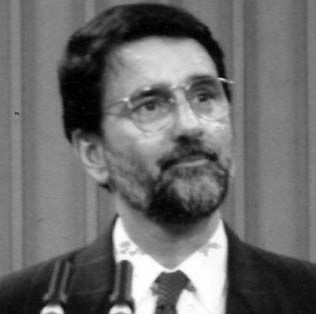 A PIVOTAL argument of Ibn Khaldun’s Muqaddimah is the need for a powerful, just authority that protects citizens of a civilised state from the excesses of more powerful citizens, who by the nature of mankind are prone to aggression and greed. The 14th-century scholar’s argument cannot be more apt than in present-day Pakistan.

In theory, Pakistan’s institutions through their collective roles are the ‘powerful and just’ authority, for protection of citizens. Unfortunately, we are increasingly witnessing the failure of institutions and government in providing justice to citizens in all aspects of life — whether fundamental rights or justice on economic, social, criminal and civil issues. They repeatedly fail when dealing with the powerful, who have escaped the rule of law by colluding together and corrupting the very institutions which would hold them accountable. They have placed undeserving people in positions of responsibility and authority who can be easily swayed. There’s little justice for the weak. They have silently suffered injustices and turned to prayer. But no more it seems.

The events of the last three weeks were unprecedented in Pakistan’s recent political history. Two groups of people marched into the capital to demand justice peacefully but loudly, when the normal routes for redress were denied to them. One of them has been aggrieved by a powerful political party in government, the other by the system itself. Naturally they had been denied justice. How else could they make their case, and to whom?

We are increasingly witnessing the failure of institutions.

The groups articulated their case before the people of Pakistan and vowed not to leave unless justice was done. Unfortunately, their pleas fell on deaf ears. Many people are prisoners of their political affiliations and oblivious to the voice of their conscience. These people were shocked at the ‘rude’ manner of speech but unmoved by the horrendous acts of injustice. Pakistanis have learnt to look the other way when they see injustice; some lack compassion, others benefit from the status quo.

Many commentators chose to denounce the cries for justice as ‘undemocratic’. Outside parliament, it is absurdly argued, the people have no right to express their opinion and seek justice.

To divert attention from the issues at hand and acts of injustice against which people had gathered, the debate descended to the level of the choice of location where such demonstrations should be rightly held, if at all. Unrepentant of its earlier brutality, the government used overwhelming force, killing people and seriously injuring scores. The scale and severity of police brutality on our citizens appears unprecedented in our history and for what crime? Its broadcast on television intimidated many who may have dreamt of seeking justice against powerful politicians. It demonstrated the lack of value of citizens’ lives in the minds of the elected government. Yet state institutions which are the custodians of justice kept silent.

Next the debate descended into the darkness that envelops the minds of the powerful and their mouthpieces in strategic places. How many people were there in the demonstrations or dharna? It doesn’t matter. It never dawned on our blind leaders that even if there was one old woman in rags seeking justice against a powerful government, it was a voice powerful enough that could sweep away anyone standing in its way, if justice existed in this sad country.

Debate shifted to parliament. No speech on the central role of justice in a democracy. Members denounced those asking for justice outside parliament to protect democracy and parliament. They rallied together against those who might take away their power. No one was. The only threat to members was from the administration of justice if it ever was meted out in this country. An election audit threatens particular members, not parliament. The dignity of parliament is unquestionable but individual members are responsible for their own dignity.

Are they ready for an audit of the votes they polled, or for examination of their pre-poll affidavits submitted to returning officers which ‘could not be verified’ conveniently due to shortage of time? To be worthy of our parliament, each member must submit to audits on both counts since serious questions have been raised. Their refusal to do so appears an admission of guilt.

Demands for justice remain unheeded. Parliamentarians favour status quo over justice. Pakistan awaits Ibn Khaldun’s powerful and just authority to protect its aggrieved citizens against the brutality of the powerful. The Constitution has clearly assigned institutional responsibilities, but will the persons in those institutions rise above their prejudices and affiliations to fulfil their responsibilities? Time will tell if we are a civilised just society or if a great upheaval forces us to protect the weak, wretched and downtrodden of our society. The choice is ours, may Allah guide us.