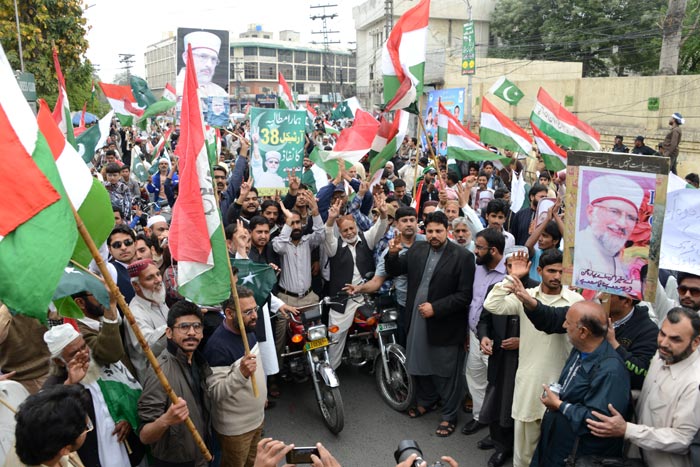 Pakistan Awami Tehreek Secretary General Khurram Nawaz Gandapur has said that if a sincere, dedicated and hard-working leader like the Quaid-e-Azam is there, even carving out a state on the map of the world becomes very much possible. He said that if the leadership crisis persists, the very survival of the country remains the top issue even after 66 years. He said that no ruler ever tried to work for strengthening of the state institutions, adding that all energies were spent on investing power in the individuals and establishing hegemony of a few families on the political parties.

PAT Secretary General expressed these views while addressing a motorcycle rally organized by the Lahore Chapter of Pakistan Awami Tehreek (PAT) to mark Pakistan Day on March 23. The bike rally started from Minar-e-Pakistan and culminated at the Lahore Press Club.

Khurram Nawaz Gandapur said that the objective of the Pakistan Resolution was not merely to seek the establishment of a separate state but it was to have such an independent and sovereign state in which the Muslims could live their life independent of any internal or external pressure in accordance with their own creed. Equality of rights and opportunities, and rule of law were the hallmarks of the Resolution which later on guided the Muslims of the sub-continent through the most tumultuous phase. He said that it was regrettable that successive rulers who adorned the throne put the spirit of the Pakistan Resolution at the backburner and pained the soul of the great Quaid. He said that an electoral system based on vested interests, plunder, and corruption was eating into the vitals of the state and society. 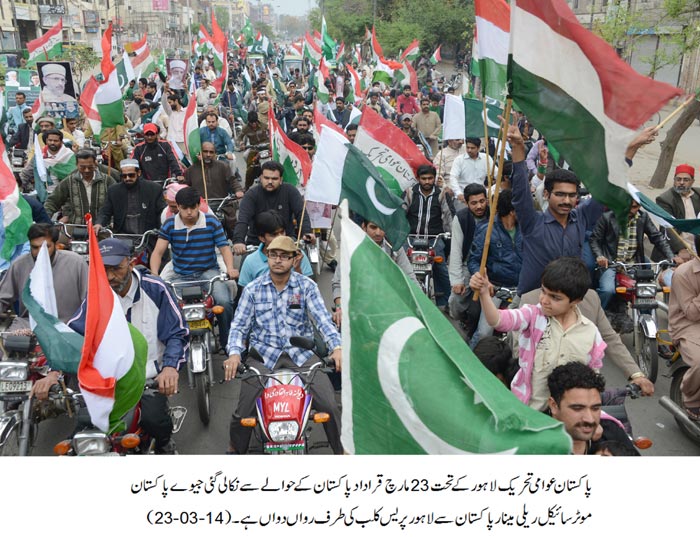 The purpose of motorcycle rally was to revive our pledge and convey the message in the light of the Pakistan Resolution that every individual would have to play his/her role for change in the system through peaceful and democratic means, otherwise the future of our succeeding generations would become bleak. The hundreds of bikers who attended the PAT rally were holding Pakistani and PAT flags in their hands and chanting slogans to express their love for Pakistan. The rally turned into a big public meeting in front of the Lahore Press Club. The participants of the rally also raised slogans against the incumbent corrupt system. They expressed their solidarity with the armed forces, Thar affectees and victims of terrorism.

Addressing the motorcycle rally, the President of PAT Lahore, Chaudhry Afzal Gujjar said that Pakistan Awami Tehreek had launched struggle against exploitative and corrupt system, which would continue till it achieved its objective. He said that the student and youth community of Pakistan would have to repeat the same role which was their defining characteristic during the freedom struggle.

Amir of MQI Lahore, Irshad Tahir said that corruption had penetrated into the system. He said that commission mafia was eating into vitals of development projects. He said that national wealth was being looted. He said that it was time that the nation distinguished between the right and the wrong and got rid of leaderships that bartered away national honour for personal gain.

Speaking to the participants of the rally, Hafiz Ghulam Farid said that it was by sending the current electoral system packing that the country’s destiny could be changed. He said that electoral system as it was in vogue in Pakistan was the major hurdle in the way of establishment of real and truly representative democracy in the country. He said that the youth and students had major role to play in saving the country and giving it a respectable place in the comity of nations. 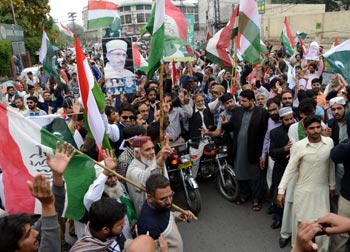 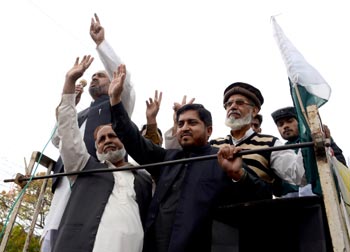 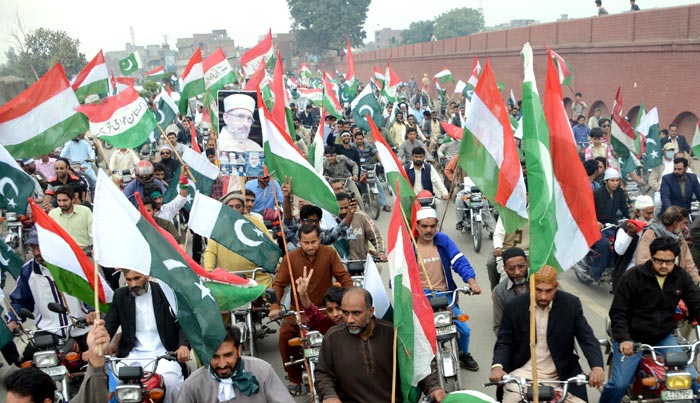 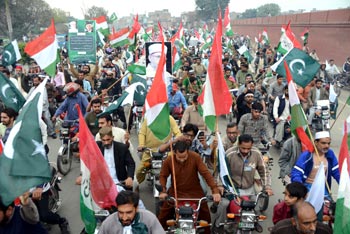 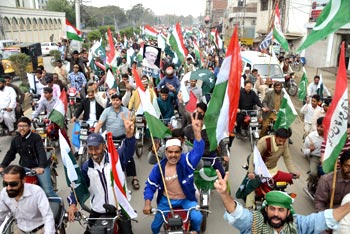