Revolution to give prosperous future to nation: Dr Hussain Mohi-ud-Din

Dr Hussain Mohi-ud-Din Qadri, President of PAT Federal Council, has said that politicians, who are protector of the corrupt system, cannot give bright and honourable future to the nation. He said that PAT took out historic Long March in January 2013 and raised the issue of electoral reforms, adding that now was the time of green revolution. He said that the day ten million people would take to streets to save the country under the dynamic leadership of Dr Tahir-ul-Qadri, the destiny of the nation would change. He said that the ruling elite that were begging terrorists for peace were only concerned with protection of their political interests and corruption. He said that salvaging the country from critical situation in which it was stuck up was beyond the capacity and capability of incompetent politicians. He said that Dr Tahir-ul-Qadri was a real leader of the people who would not only save the state but also provide honorable and prosperous future to the nation.

Dr Hussain Mohi-ud-Din Qadri said that if every individual adopted the slogan of ‘save the state, not politics’ and displayed loyalty to it, revolution would become destiny of Pakistan. He said that purpose of Dr Qadri’s life was to bring about revolution, adding that the last phase of his 30 year old struggle had started. He said that ‘prayer of revolution’ was about to be established after some time under the leadership of Dr Tahir-ul-Qadri, further saying that referendum of 10 million Pakistanis would sound death knell for the 2% of the powerful elite that had held all state resources in its tight grip. 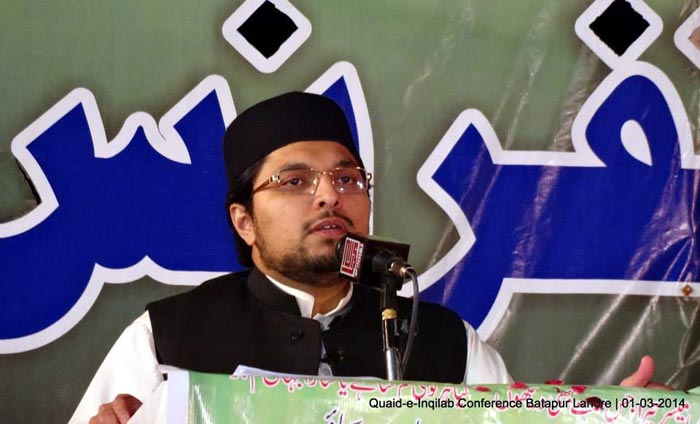 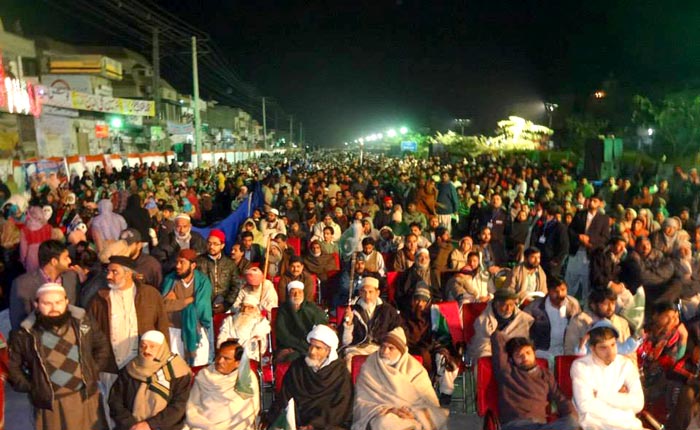 Dr Hussain Mohi-ud-Din Qadri said that Dr Tahir-ul-Qadri fought for supremacy of the Constitution and rule of law when he led a Long March to Islamabad. He said that elections to be held after the revolution would be instrumental in electing real representatives of people to Parliament. He said that present Parliament was manned by capitalists, feudal lords, political bigwigs and industrialists who were representing traders, farmers, peasants and labourers respectively. He said that these people could never raise the issues of people they presumably claimed to represent in the Parliament. He said that Pakistan needed a political arrangement whereby the powers were devolved to the grassroots instead of being concentrated in few hands. He said that the government of Pakistan should be for the people and elected representatives should be accountable to the electorate.

Speaking at the occasion, noted columnist and intellectual Qayyum Nizami said that Zulifkar Ali Bhutto raised awareness of statecraft and politics among the masses but the international imperialism removed him from the way. He said that it was Dr Tahir-ul-Qadri alone who was fighting a real war for restoration of the rights of the people today. He said that people’s revolution was the only solution to our problems. He said that changing the system was inevitable to save the state and Dr Tahir-ul-Qadri’s struggle was need of the hour to change the system. Irshad Tahir and Hafiz Ghulam Farid also spoke at the occasion.

Earlier when Dr Hussain Mohi-ud-Din Qadri reached the main stage, he was given a standing ovation amid thunderous applause and slogans. Tons of rose petals were showered on him. One side of GT Road was closed for the participants of the caravan and the flood of the people could be seen everywhere. 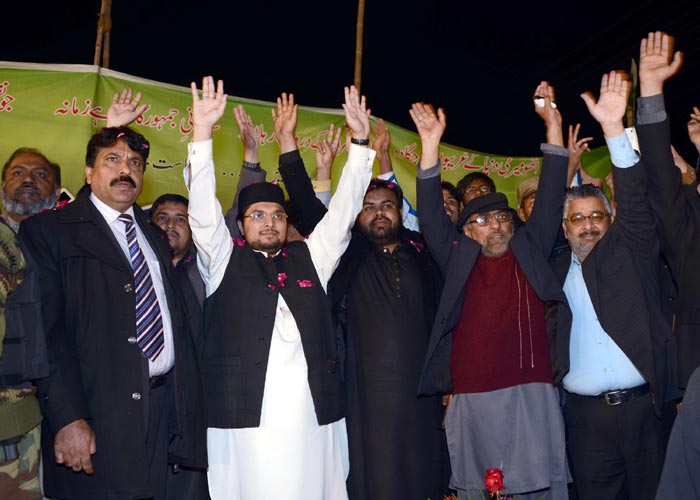 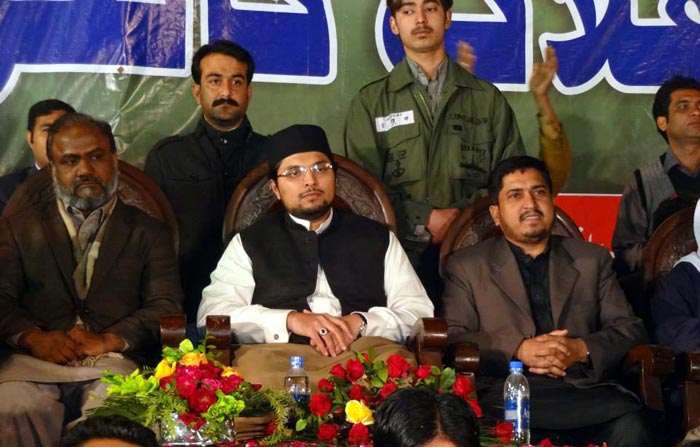 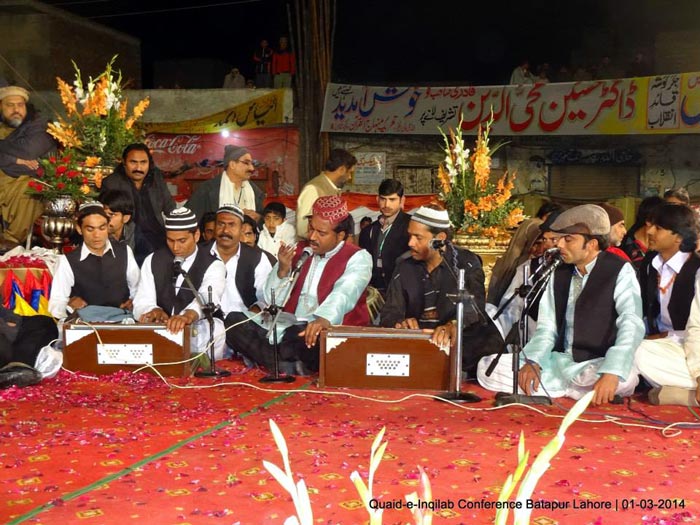 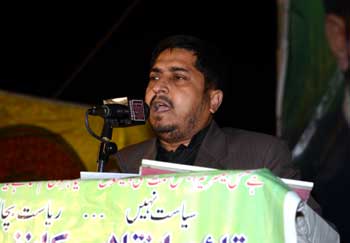 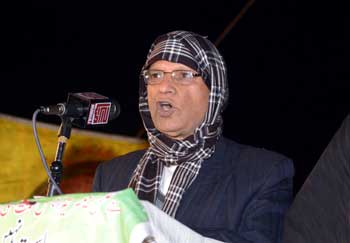 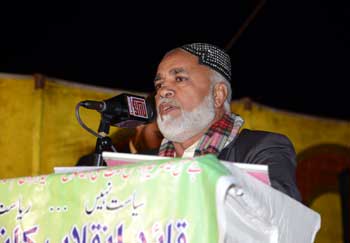 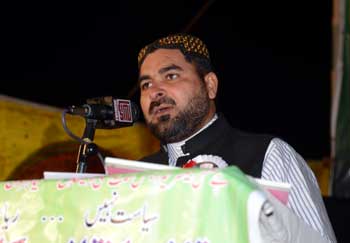 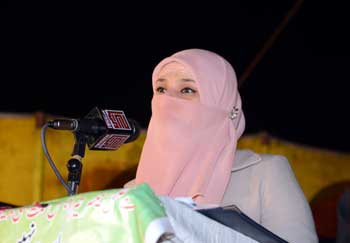 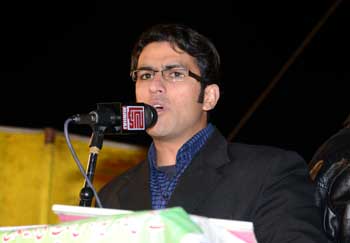 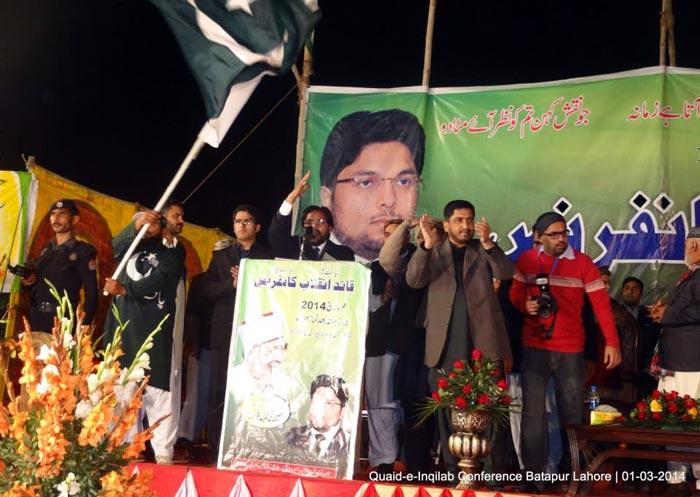 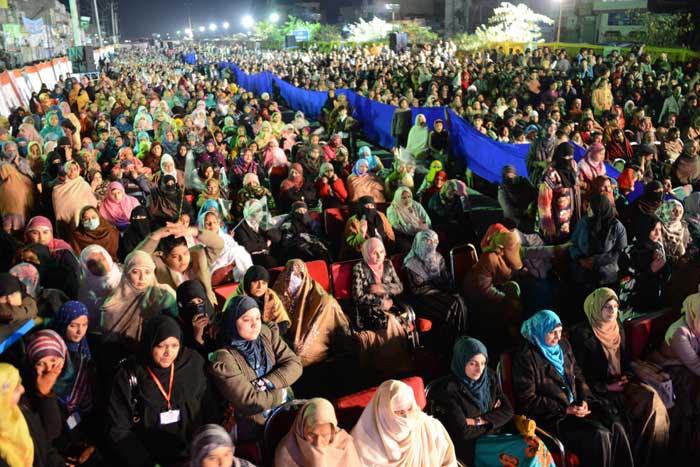 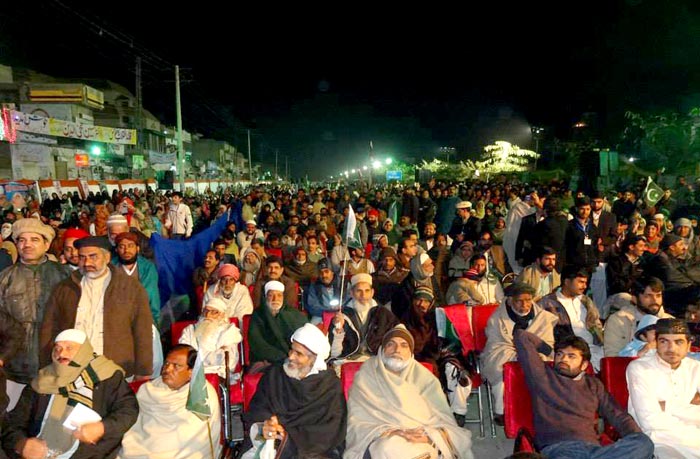 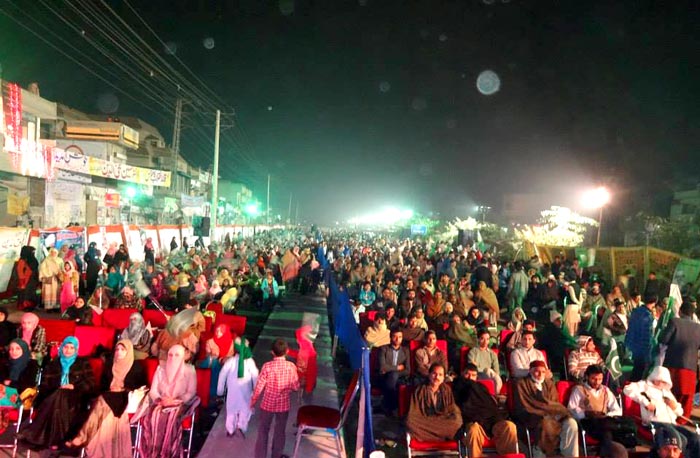